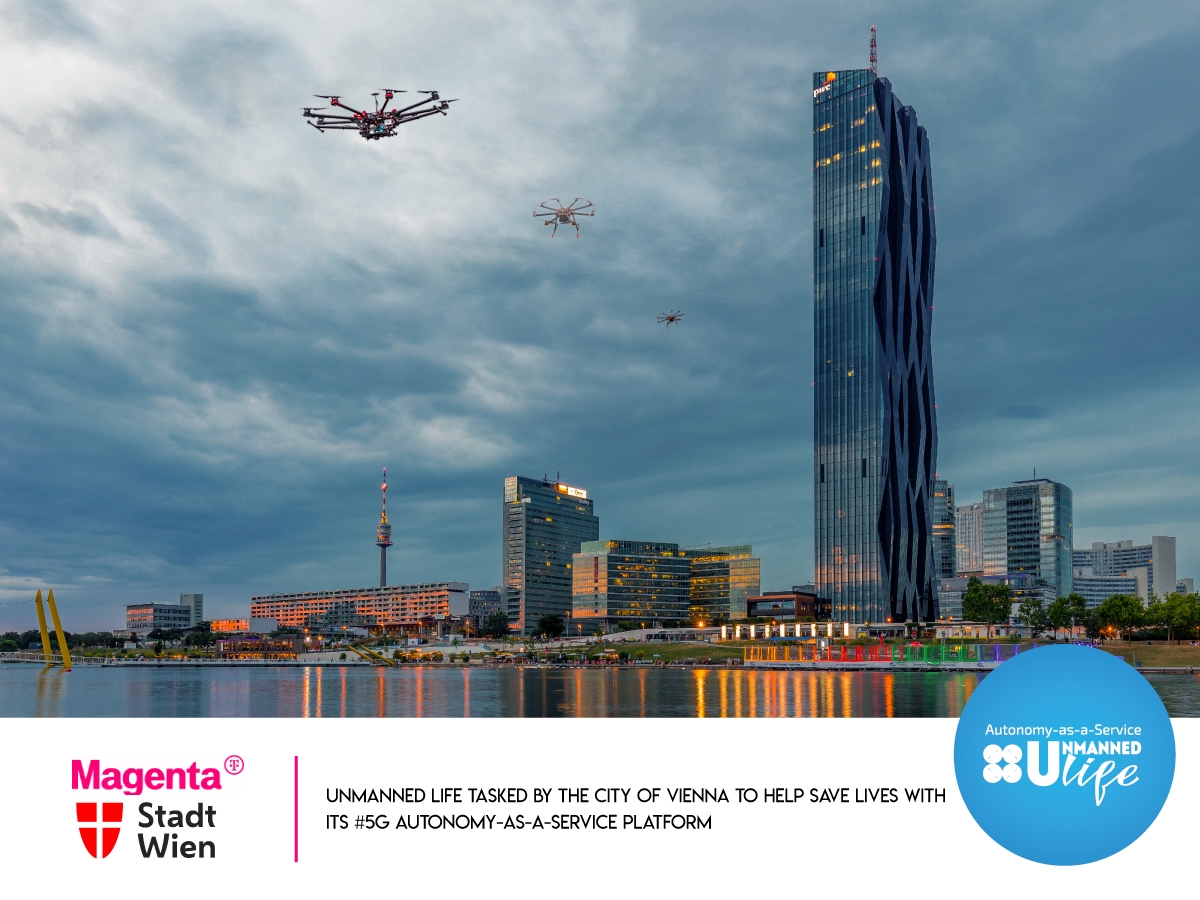 According to the City of Vienna, it’s now a frontrunner in digitalization, and it aims at expanding its digital offerings to its citizens and local businesses. The key element of this expansion is a citywide tool of 5G, the new telecommunications standard, and the testing of progressive 5G enabled solutions to increase the populations’ quality of life further, making their life easier and safer.

The city has tasked Unmanned Life to work with one of the country’s telecom companies Magenta Telekom to focus on public places and security. It is something we have done quite well in the past while working with Verizon and Nokia at the second annual public safety technology expo. We worked on deploying autonomous emergency solutions with our Autonomy-as-a-Service Software platform to assist first responders and emergency response operations during a helicopter crash scenario. The live demo was a success as our solutions were able to save lives and reduce the cost of emergency response operations.

The city of Vienna is looking to hire some start-ups to start working with its three major telecommunication companies over 5G. We have been tasked to work with Magenta Telekom (DT) to see how our autonomous applications would work in the situation of an urban emergency like a fire. During our presentation on Thursday, November 14, we will explain how we plan to use three drones to work together during a fire that breaks out in a city. One of the drones will have a camera strapped to it to stream live video to a screen that will be at the fire department. The other two drones will be strapped with 5G modems to provide connectivity to those who have lost it during the disaster.

All these drones will be working autonomously, taking orders from the “Control Platform” or known as the “AI Brain,” which receives the feedback from the sensors onboard the drones. The platform then creates the context of the environment by analyzing the data collected from the sensors enabling first response teams to plan their rescue efforts efficiently. Our platform is flexible, scalable, cost-efficient, and is recognized as a key 5G enabler for Autonomy in multiple sectors like telecommunication, mobility, logistics, and transport.

Any cookies that may not be particularly necessary for the website to function and is used specifically to collect user personal data via analytics, ads, other embedded contents are termed as non-necessary cookies. It is mandatory to procure user consent prior to running these cookies on your website.