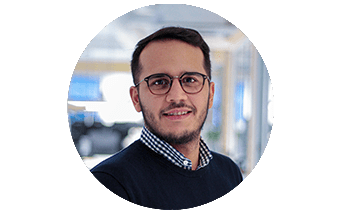 Jorge has a strong background in Marketing, Advertising and Public Relations having worked in different European countries such as the UK, France, Belgium and Spain. Before joining Unmanned Life, Jorge was a Key Account Manager at one of the world leading advertising agencies, Saatchi & Saatchi, from Publicis Media Group, where he was responsible for key accounts across different B2C and B2B fields coordinating the work of different departments such as Art Direction, Design, Finance and Executive.

He has managed multi-million euro and international campaigns for top Brands such as Nestlé, Nespresso, Perrier, San Pellegrino, Lexus, among others.

He has successfully led the marketing and PR efforts for Unmanned Life across three continents with high-visibility international campaigns in the UK during London Tech Week, in particular a demonstration at the Prime Minister´s residence, Spain during Mobile World Congress, Google´s led Startup Grind in the Silicon Valley and Dubai 10X project, to name a few.

He is also involved in the non-profit sector focused on entrepreneurship and innovation. As marketing director of EYIF He has designed and led the marketing campaign for the Women in Entrepreneurship Roadshow, a flagship event supported by the European Commission, US Government, Amazon, Facebook and other European institutions. In this framework, Jorge has been selected by the US Government to mentor young female entrepreneurs in branding and marketing their projects.

Jorge has a track-record in international account management thanks to his previous contribution at Production Paradise, the world´s leading film and photography agency, where he was in charge of the Hispanic market, connecting talent and art directors from Vogue, Conde Nast, Ogilvy, Havas among others.