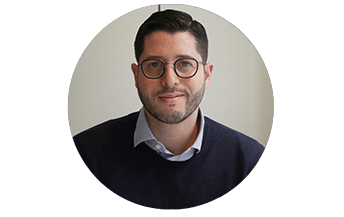 Nicholas, who just turned 35 years old, is a serial entrepreneur with more than 12 years of business, communications, policy and regulatory experience internationally, educated to the Master’s Level at the prestigious Science Po Paris and the London School of Economics.

Nicholas has an long and polished track-record in regulatory affairs and industrial affairs where as a prior French Diplomat, he was part of the negotiating team for high-level, complex, multi.-stakeholder, multi-country negotiations between EU 27 Member States and European Institutions. Nicholas has strong background in finances after serving more than two years as Political Advisor at the Budgets Committee in the European Parliament, having negotiated hundreds of millions in budgetary finances.

Nicholas has also worked as a Digital Lead at the European Parliament where he led teams and major pan-European digital campaigns he created that expanded the online presence numbers of the Parliament by more than 20x and significantly contributed to the positive outcome of European elections.

Nicholas has a long track record of high-level negotiations in the private space – he has nurtured strategic and complex partnerships at the international level with US State Department, BNP Paribas, IATA and GSMA to name just a few.
IATA has recognized Nicholas as a young future leader in the Air Cargo area invited him to present to the industry at several occasions, on the future of the Air Cargo Supply Chain.

Since 2018, Nicholas serves as Jury Member of the prestigious MIT Innovators Under 35 competition and is member of different Advisory Boards in several Startup Europe initiatives. He was selected as one of 500 Global Entrepreneurs invited to President Obama’s Global Entrepreneurship Summit.

Nicholas is also Founder and current President at the European Young Innovators Forum (EYIF) and led its consulting and services arm aimed at supporting European startups to secure EU funding, which has supported more than 1600 startups in more than 20 EU countries till date.

Nicholas has been invited to speak and present at leading venues such as US State Department, European Parliament, MIT Innovators under 35, and major conferences like the Web Summit, Lisbon Investment Summit and Post Expo to name a few.