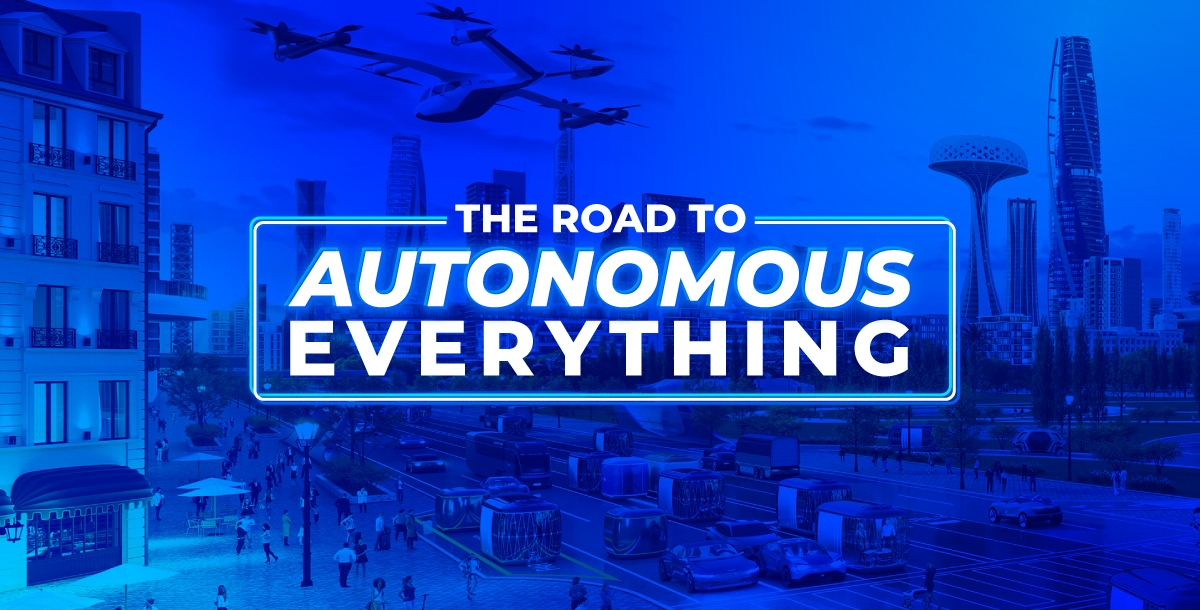 The Autonomous Everything and its impact on our lives

«Autonomous things» is becoming a common term describing technical advancements that are projected to bring computers into the physical world as autonomous entities that move and interact freely with humans and other objects without human direction, thanks to AI algorithms. This includes robotics, vehicles, drones, autonomous smart home devices, autonomous software and all those advanced technologies that are free from human intervention.

The world’s leading research company Gartner ranked Autonomous Things first on its list of the top 10 strategic technology trends for the future. According to Gartner, strategic technology has a high disruptive potential that has begun breaking out of an emerging state to gain wider adoption. Also, these technologies have a high degree of volatility to reach great heights in the next five years.

Improved autonomous technology and low sensor prices result in smarter autonomous devices that can automate a larger range of functions. These technologies can be found in countless use-cases across different sectors and businesses like security, transportation, retail, and emergency search and rescue, to name a few. These innovations may help in partial or full completion of tasks, individually or as a swarm of robotics.

Unquestionably, there are a variety of autonomous devices. A chosen few, however, have captured the interest of small and major businesses, individuals, and the entire world. The following are some of the most prevalent trends in autonomous things:

Autonomous Vehicles:  Even though autonomous vehicles are still in the preliminary stages of development, the prospect of automobiles driving themselves has piqued many people’s interests. Human error, which is the leading cause of road accidents, will be eliminated by these cars. Since 2018, several experiments have been conducted to determine how well these vehicles can drive and adapt to our roadways. Autonomous vehicles are also expected to be the first mass deployment of Autonomous technologies.

According to Garner, By 2026, OVER 90% of robots used by enterprises will feature enhanced autonomous capabilities, up from less than 5% today. 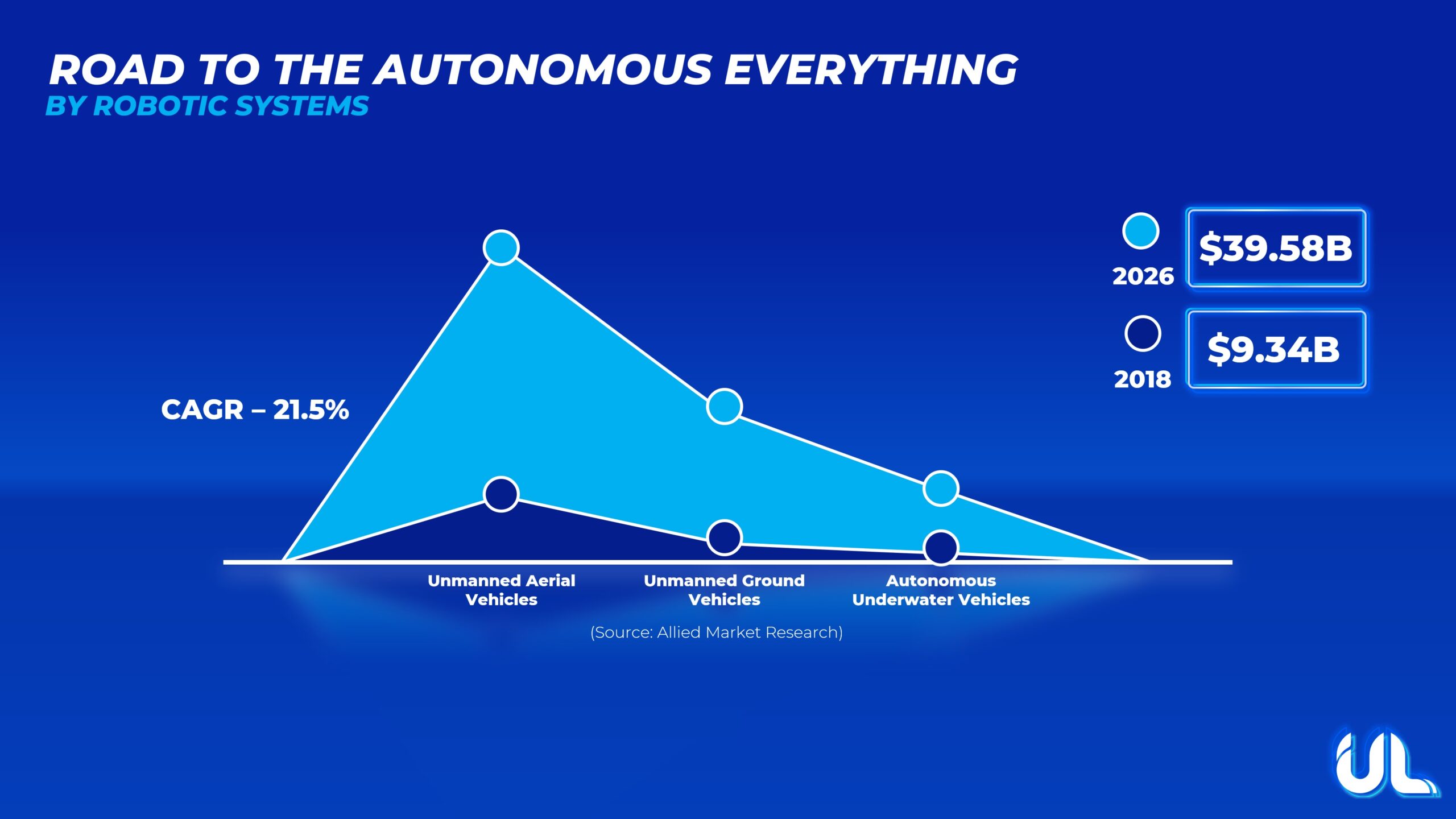 Autonomous Drones: Similar to robotics, Unmanned Aerial vehicles, also known as drones, are a key driver for autonomous things. Drones that can fly autonomously have no limits. They are smart and capable enough to give you with the purpose you require, whether they are flown indoors, underground, in the skies, or somewhere else. By leveraging AI algorithms, drones, robots, and all autonomous things can see, hear and work intelligently, enabling them to make decisions and react as programmed without any human intervention.

Drones have the unique ability to investigate and report on regions that would otherwise be unreachable. A drone could operate as a mobile sensor in an IoT scenario, collecting data and relaying it to a cloud app or another analytics service. 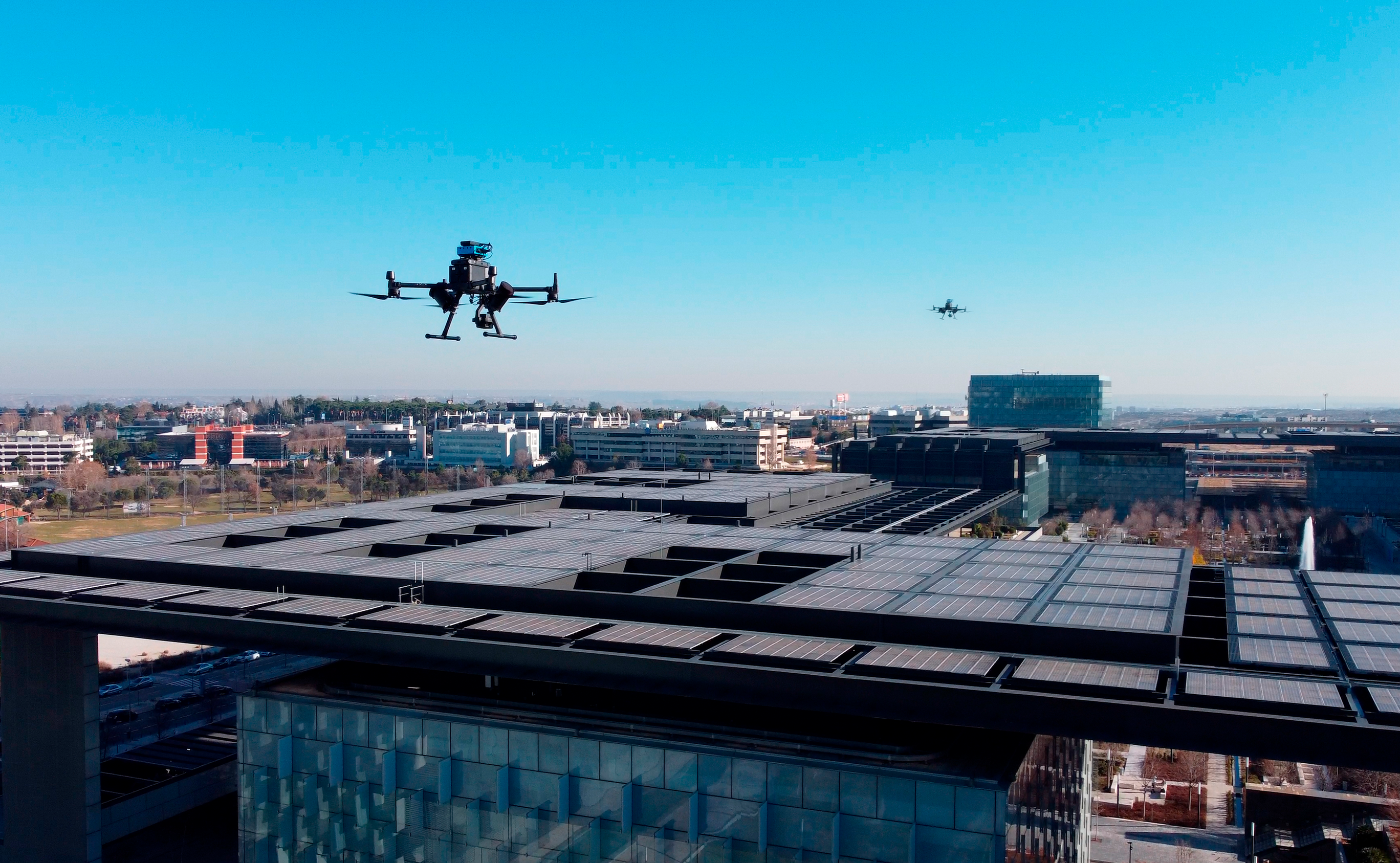 The autonomous everything, also called the internet of autonomous everything (IoAT), connecting people, organisations, and smart things, promises to change how we live, work, and interact fundamentally, and it may redefine a wide range of industry sectors. In order to fully understand the benefits of this technology, we will have to look at its impact on three areas: Environmental, Social, and economic.

Environmental Impact of the Autonomous everything

The most immediate impact of autonomous everything on the environment will be lowered emissions and carbon footprint. CO2 levels in the atmosphere have risen from roughly 275 parts per million (ppm) before the industrial revolution to over 410 parts per million (ppm) in 2020 because of human-caused CO2 emissions, an increase of 50 percent. According to the United Nations, greenhouse gas concentrations are rising far too quickly to keep global warming below the targeted 1.5 degrees Celsius. They are also a major source of air pollutants that have an impact on human health and safety.

According to the data, these AI-enabled autonomous technologies can help expedite the transition to a low-carbon society by reducing global GHG emissions by 0.9 – 2.4 gigatons of CO2 equivalent (GtCO2e) by 2030. 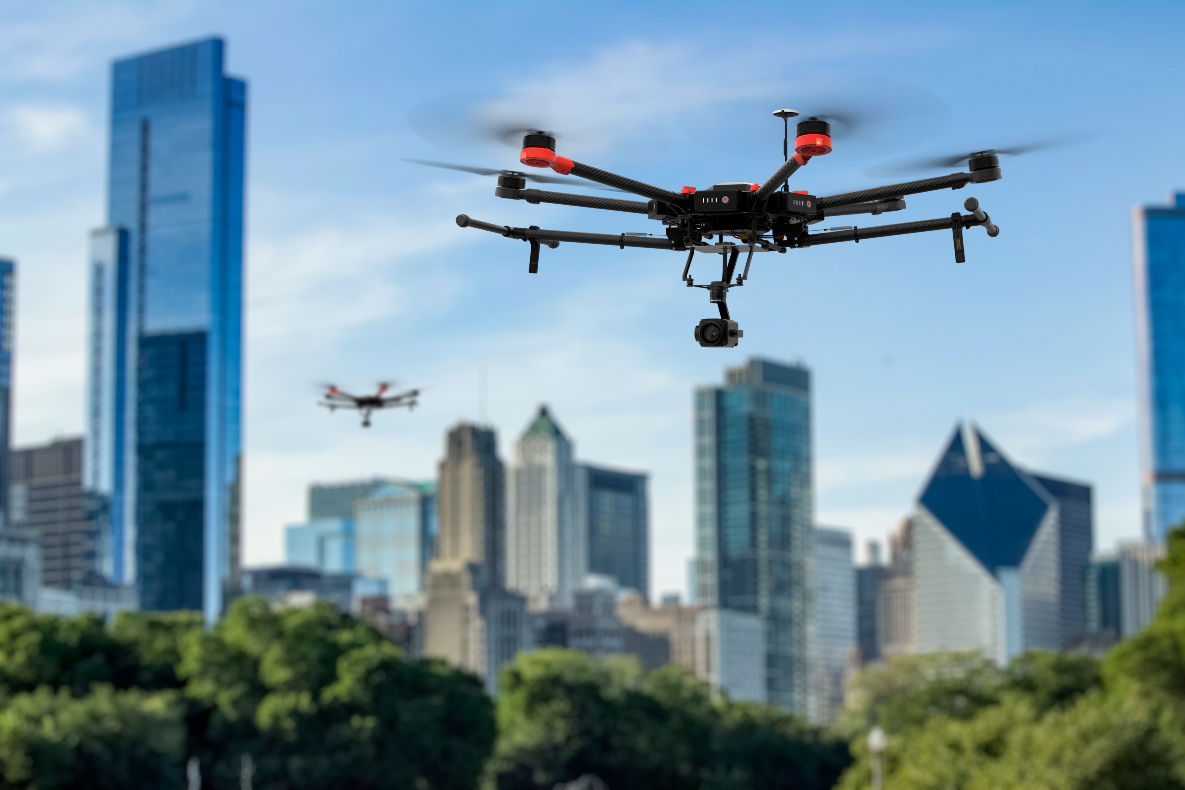 Social impact of the Autonomous Everything

The Internet of  Autonomous Things will have a significant positive impact on citizens, businesses, and governments, ranging from assisting governments in reducing healthcare costs and improving quality of life to reducing carbon footprints, increasing access to education in underserved communities, and improving transportation safety.

Unmanned Life’s successful use-cases like drone-based emergency search and rescue or drone-based medical delivery have already shown the world what benefits autonomous things can bring to society. Facilitating human-robot collaboration will ensure simple and efficient operations where robots will do the mundane and risky jobs for humans. 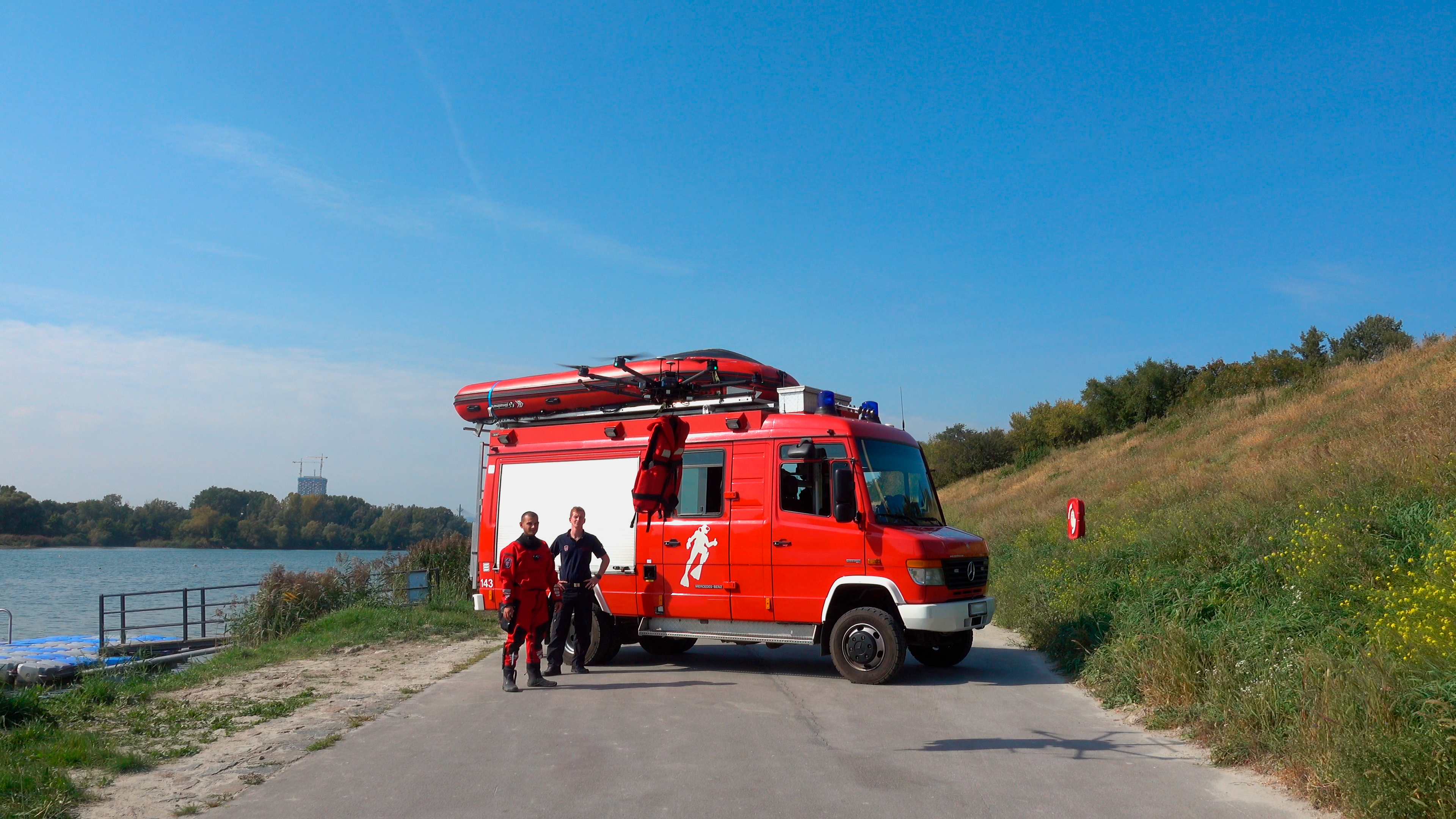 Economic impact of the Autonomous Everything

Autonomous technologies, according to the World Economic Forum and Cann (2022) will result in a net employment increase of 58 million by 2030. Research suggests that, in the absence of sales growth, an increase in automation could double operating margins and the enterprise value (EV) of equity markets by 2025. This indicates that the advanced autonomous technology will provide improved margins by lowering cost and increasing revenue for businesses across different sectors and industries.

The use of these technologies will boost productivity, profitability, and sales. The concept of Autonomous everything will simplify and create new asset utilisation models and processes to make it more efficient and cost-effective.

The road to the Autonomous Everything

Drones have been an important asset for defence and security. The main advantage of UAVs is their capacity to reduce human risk and provide cost-effective military alternatives when manned systems are not an option due to political or environmental constraints. It is, however important to mention that autonomous technology is in its early adaption with a forecast to grow rapidly. The AI Robots Market is expected to grow 80.5% by 2026. 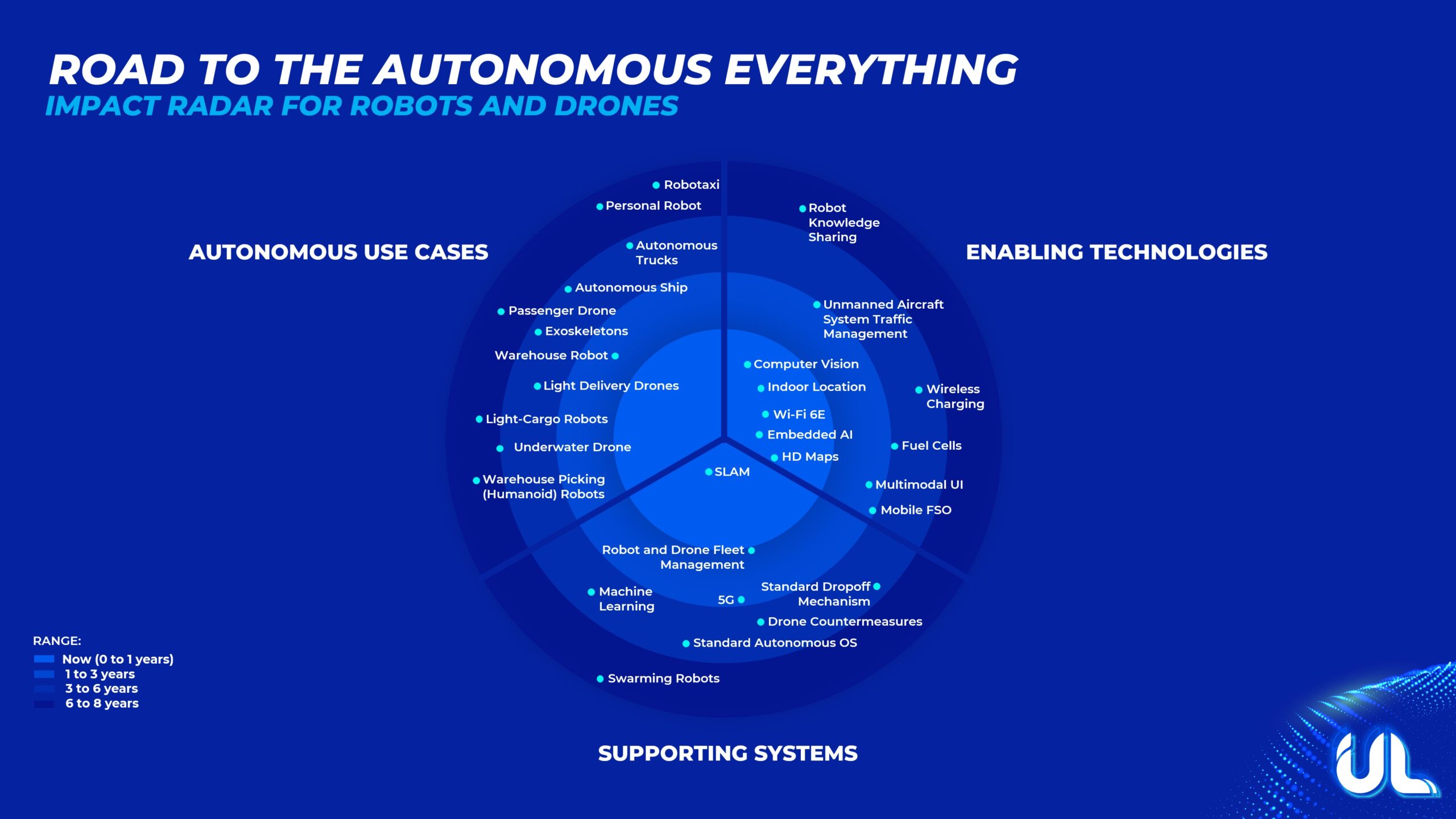 The application and adaptation of autonomous things has its own set of problems, such as social acceptance, because some people are against the use of drones and believe it is harmful or regulations that make obtaining a flight permit difficult. Cyber security is also a worry for the adoption of autonomous technology due to sensitive data management. And one of the prime challenges is the fragmentation of robotics which simply means the friction between different robots with different operating systems and spoken languages, leading to in-efficient task achievement.

But challenges are a path that lead to growth. At Unmanned Life we offer a solution for the Fragmentation of robotics by providing a single centralised platform to deploy, orchestrate and manage robotics.

The autonomous everything is not just an idea. It is a reality that will overtake businesses with efficient, cost-effective and sustainable solutions and Unmanned Life is paving the way for such a future. We enable robots to see, think, and act through our diverse and distinctive software platform. This is achieved through our centralised platform which allows a swarm of heterogenous robots to work and communicate collaboratively. The foundation lies on our powerful central system, one of its kind technology, corresponding algorithms with deep learning and artificial intelligence.

Unmanned Life’s technology allows large organisations to seamlessly integrate and orchestrate different types of intelligent robots with their systems, regardless of vendor. Thanks to a strong partnership with leading telecom operators, the Company is able to address a large pool of enterprise customers looking for such solutions from their telecom partners. This has made Unmanned Life a strong brand in the emerging 5G, Robotics and Autonomy technology scene. 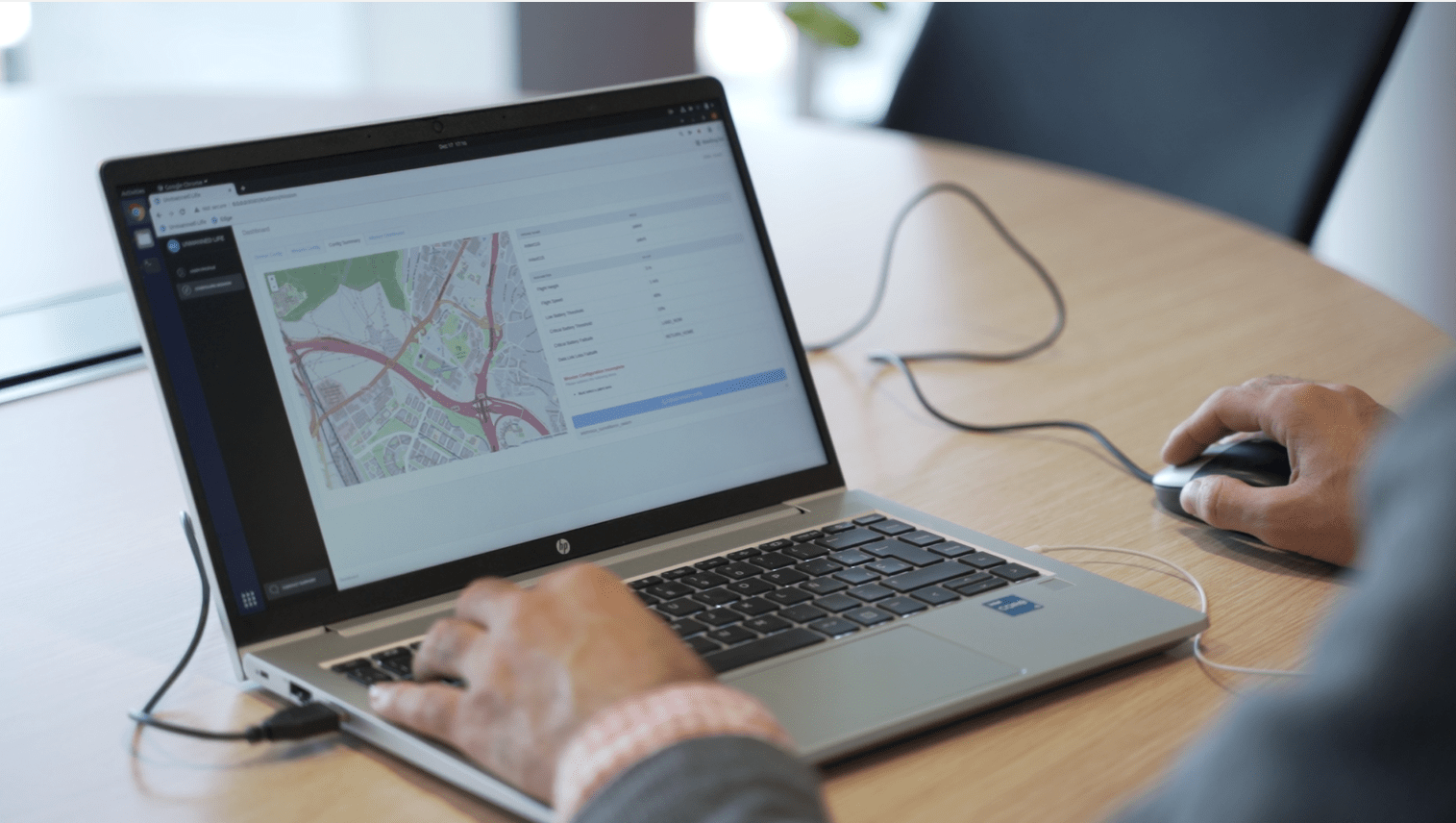 With the continual improvement of autonomous technologies and its associated reduced cost, the question of whether they will impact the businesses is no longer valid as its already happening in a positive direction. But now it’s only a matter of asking where and when.